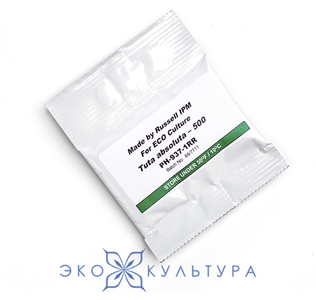 Tomato leafminer pheromone (Tuta absoluta)
Tuta absoluta is one of the most economically important pests of tomato and is posing a serious threat to the fruits production across the Mediterranean and African regions.
Packaging: 1 pc
More details 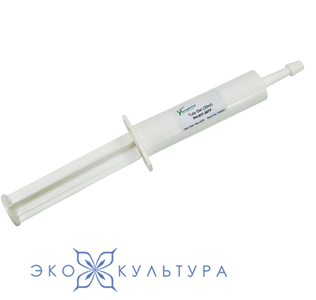 Tuta gel
Substance in the form of a gel with the pheromone of the tomato leaf miner and an insecticide based on spinosad.
Packaging: 1 pc
More details 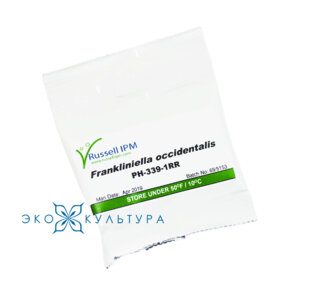 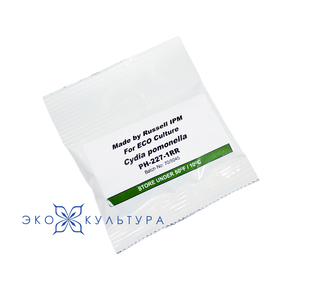 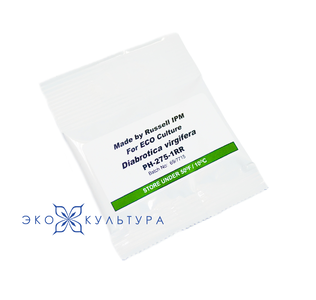 Western corn rootworm pheromone (Diabrotica virgifera)
Diabrotica virgifera is one of the most important pests of maize, wheat, soyabean and cucurbits in North America. Corn rootworms cause millions of dollars of damage each year. During summer, adult western corn rootworms enter into open field crops and lay their eggs in the soil. Larvae cause the gretest damage by feeding on roots which can cause >15% crop losses.
Packaging: 1 pc
More details 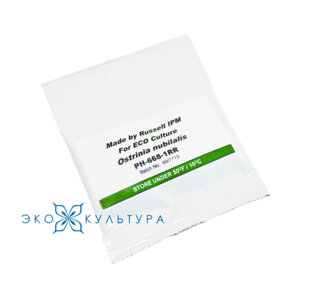 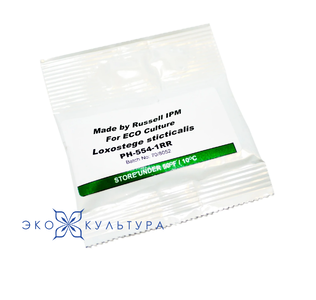 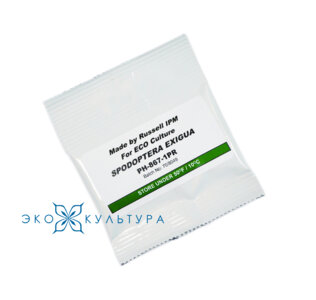 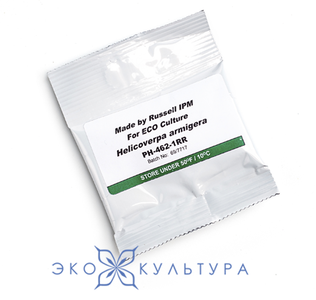 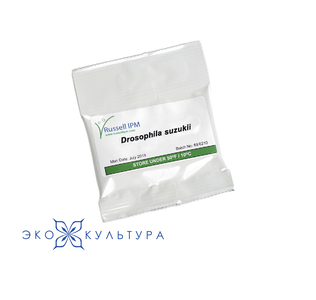 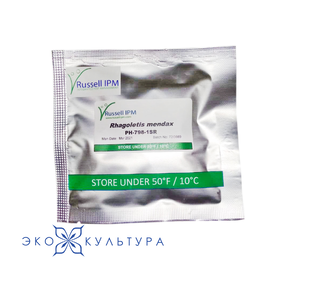 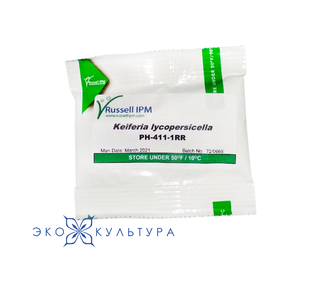 Pheromones are airborne molecules that elicit a specific response in insects and other living organisms. These chemical signals are emitted by insects to interact, for example, pests can produce pheromones to attract a partner or alert others to a food source.

Today, pheromones are actively used in agriculture. In combination with various types of traps they attract insects allowing monitoring and mass catching of a wide range of pests. Also, spraying pheromones over the crop allows you to deceive males and thus reduce the population of pests due to the fact that males attracted by a stronger synthetic smell will not be able to find a female for mating. The technology based on pheromones allows you to effectively control pests and reduce their impact on the cultivated crop.

Among many pest control methods in IPM, mechanical trapping is an important one. Today, for the implementation of mechanical trapping, there is a wide range of devices and methods, in which traps with pheromones occupy a special place.

Pheromones secreted by females most often refer to alcohols, aldehydes, esters or steroids, but there are also other chemical natures. Last century, scientists were able to separate these substances and learnt how to produce them. Today, in integrated plant protection, pheromones are artificially synthesized identical pheromones of certain types of pests that are used to protect crops.

There are a large number of tools and methods for monitoring and controlling pests, and therefore those who perform monitoring need appropriate knowledge and skills. Pheromone, color, water, barrier and other traps are used to monitor pests. All of these traps can be used in combination with synthetic pheromone.

A pheromone trap most often consists of three components: a triangular structure with a bottom (made of laminated cardboard or plastic, the so-called Delta-type trap), which contains an adhesive insert (sometimes the trap itself is covered with dry glue), which traps insects, and a dispenser from which the pheromone is evaporated (male pests fly to odor, get trapped and stick). You should be aware that pheromones are volatile substances that are destroyed by sunlight, moisture and temperature.

They do not accumulate in the air and do not pollute the environment. The dispenser is valid for 1-1.5 months. Pheromone capsules are stored in a refrigerator in foil bags or in glass vessels with a plug stopper. Capsules should only be taken with tweezers, as insects are sensitive to foreign odors. Store pheromone traps and capsules for them separately from other chemicals.

There are other types of pheromone traps, for example, water traps, which are a container of water where pheromone is set. As a result, the pest enters the liquid and dies. Also, in plant protection roll traps with pheromone impregnation have proven themselves well.

There are two main approaches to control pests with pheromone traps. Firstly, they are used to monitor crops in order to identify pests, which allows obtaining information on the presence of pests in a certain area determining their number, development dynamics and on the basis of the data obtained, planning appropriate phytosanitary measures. Pheromone monitoring is an economic and more accurate method of recording many types of pests and is basic in IPM.

Secondly, synthetic pheromones are used directly for pest control. The so-called "male vacuum" is also used to create a shortage of males which, as a rule, are much smaller than females. In this case, pheromone traps are placed in the orchid or greenhouse, which catch the male pest. The lack of males leads to the fact that a significant number of females remain unfertilized and do not lay eggs, thus fruit damage is reduced.

Pheromone traps are used to control the following pests: 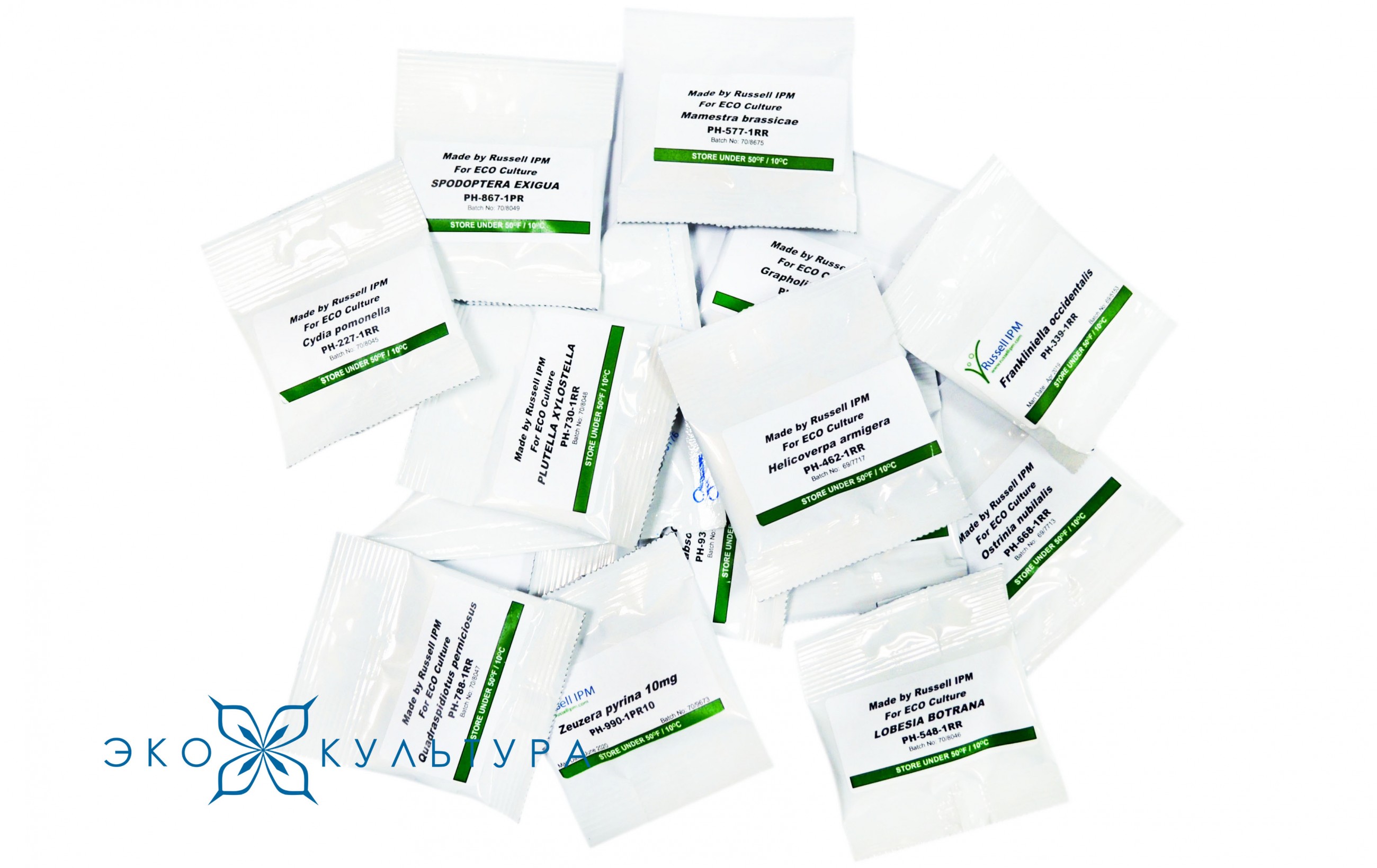 Where can you order pheromone traps at a good price?

To buy pheromone traps, contact the managers of the company ECOCULTURE in any convenient way.

- insects are attracted by the lure and trapped, giving a clear picture of the pest population;

- detection of the pest even before damage appears on the plants;

- easy to use with delta, water and other types of traps;

- pheromones are absolutely safe for pollinators, entomophages, humans and the environment!

- constant use does not cause resistance of pests.

UK-based Russell IPM is a market leader in pest management and strives to be at the forefront of technical innovation and product development and customer support for integrated crop protection worldwide. For over 25 years, Russell IPM has been developing semi-chemical substances identical to natural pheromones that imitate pest pheromones. Russell IPM's research and development has become an integral part of the company's success and excellence in the global integrated crop protection market!

Russell IPM manufactures over 150 pheromone lures for most major pest species such as Tuta absoluta and Frankliniella occidentalis, which are non-toxic, species specific and effective at relatively low concentrations, making pheromones a bio-rational and sustainable solution. Russell IPM Holdings has received three awards from the Queen of Great Britain: two awards for innovation (in 2012 and 2018) and one for excellence in international trade (in 2011).